In 2014, the audience could see a collection called „ Literary Visions” form the book illustrations of the painter in the Monastery’s Gallery. This time, KOGART Art Foundation exhibit a new collection called the Lively nature. We happily invite you to the opening which will be accompanied by some drinks and good music.

Tibor Csernus is one of the most important icons of the Hungarian, 20. century painting. His perspective of painting still can be traced in contemporary painting traditions. In the 50’s, his art was characterized by realism which has been changed to a more surrealistic view – which has been inspired by his journey to Paris in 1957 – and this perspective is called the magical realism by the Hungarian art history.
His works are still focusing on nature, but on his paintings made in 1960’s, he ignores the total naturalistic illustration. The pictures – in some point or totally – are damaged, distorted, come to be amorphous. On the sure-handed painting of Tibor Csernus, we can easily recognize that the artist purposely convert the original, natural motives into the painterly interpretations of a more personal world. His late, picturesque light sketches – made in the 90’s – testify the hiper-realism by which he is characterized form the 1970’s. Still these drafts and monographs made you feel the monumentality; these are unusually completed and expressive. Paintings of Tibor Csernus create a difficult system where there is interoperability between idea, draft and the completed work: highlighting the significance of the motives and the momentum, instantaneous characteristic of his works. 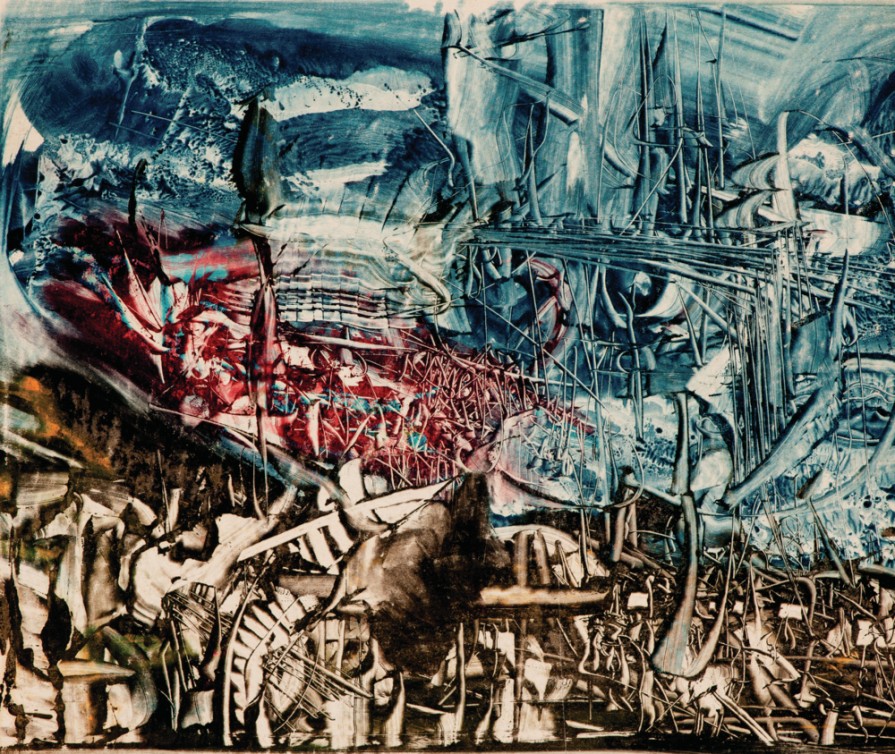